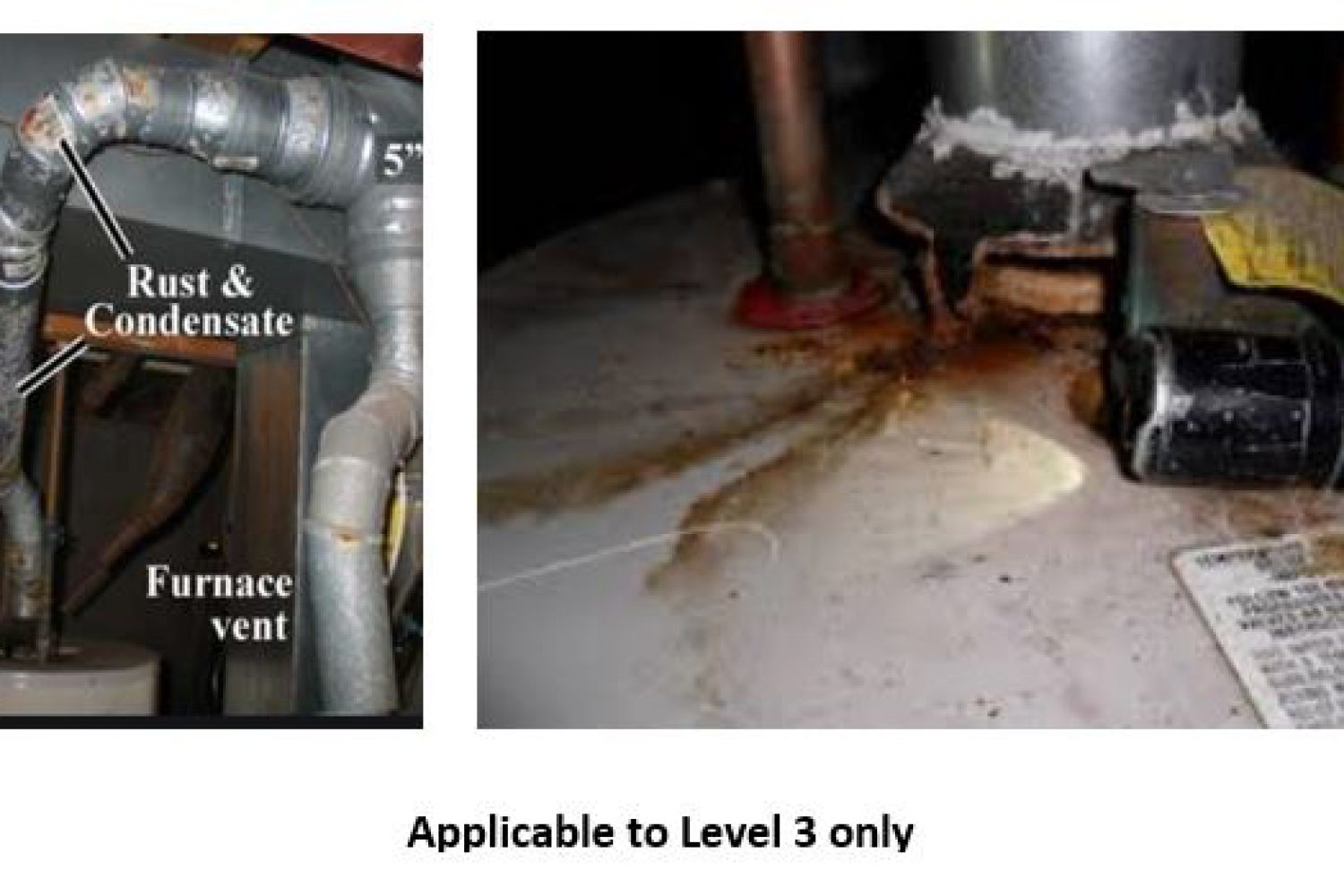 **With the exception of General Rust/Corrosion, the deficiencies are nearly identical**

Definition: The water heater chimney shows evidence of flaking, discoloration, pitting, or crevices that may create holes that could allow toxic gases to leak from the chimney. 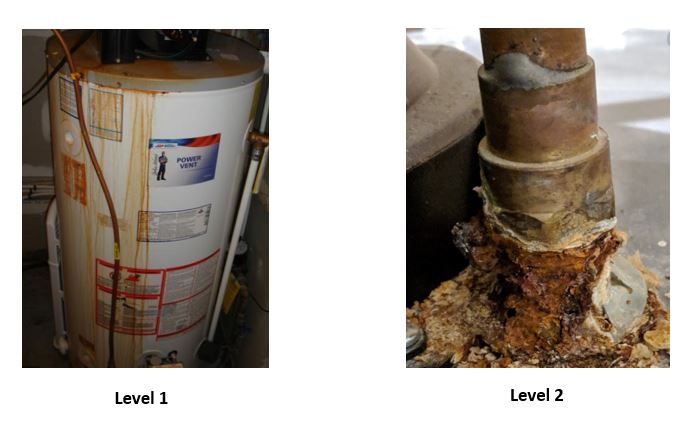 Definition: The equipment or associated piping/ducting shows evidence of flaking, oxidation, discoloration, pitting or crevices.
Level 1: You see superficial surface rust
Level 2: You see significant formations of metal oxides, flaking, discoloration, or a pit or crevice
Level 3: Because of this condition, the equipment or piping does not function 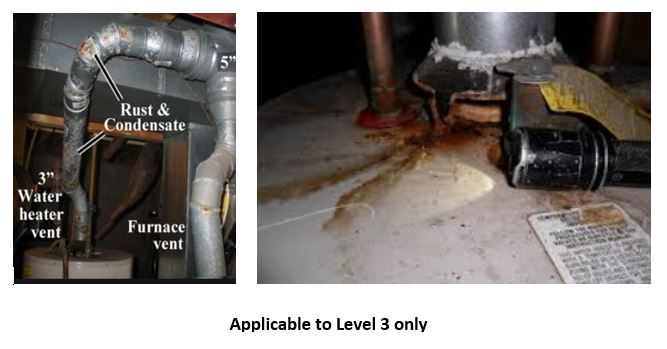 Definition: You see water leaking from any water system component, including valve flanges, stems, bodies, hose bibs, or any domestic water tank or its pipe or pipe connections. 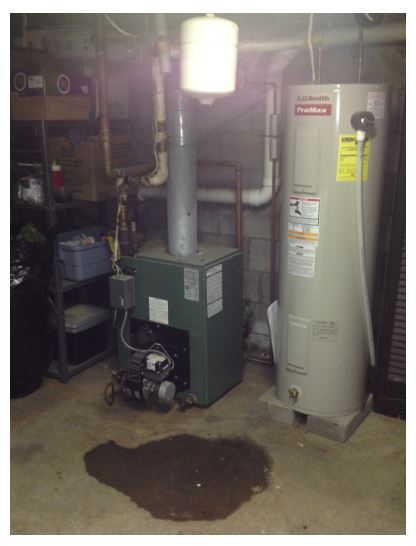 When I inspect water heater/boiler rooms, the first thing I do is look at the floor.  I’m looking for a spot indicating a leak from somewhere – it could be a pipe, the pressure relief valve, under the tank, etc.

In this case (to the left) the leak is at the expansion tank directly above the spot on the floor.